The numbers are out. Between mid-August and December last year, 87 beavers, about a fifth of the estimated Scottish population of this recently protected species, were shot on Tayside under licence from Scottish Natural Heritage. The licences were issued for the purpose of preventing serious damage to agriculture in the fertile arable area of lower Tayside. This is attractive ground for beavers but where there are limited options for mitigating their impacts on crops. Experience here has already shown that new beavers will soon replace those that have been shot. If the cycle of – beaver arrives, beaver damages crops, beaver gets shot – is ever going to stop, the humans involved need to develop some better options.

The most obvious option has already been undermined by government, even though it has been shown to work. Last year, fifteen beavers were successfully trapped and removed from lower Tayside to places where people want to have beavers. Scotland’s much smaller and only officially planned beaver population in Knapdale was bolstered with eight Tayside beavers and the rest went to England, where positive interest in beaver reintroduction is growing. 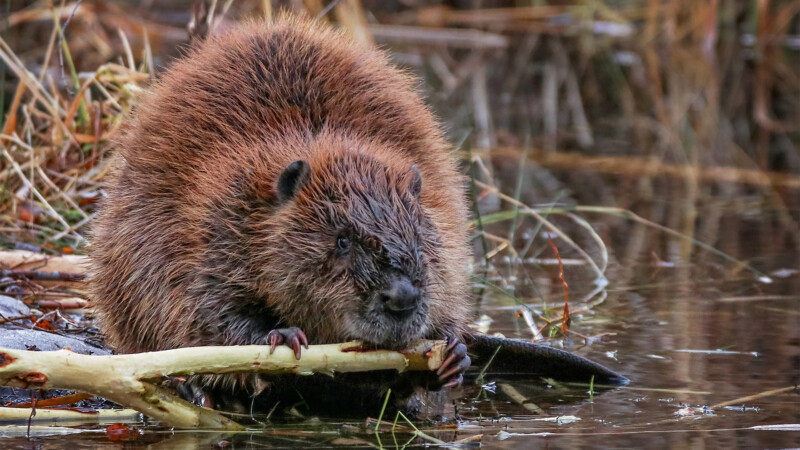 If there were more places ready to accommodate beavers, we could relocate a lot more than we kill. There is no shortage of potential habitat in Scotland to which beavers from Tayside could be moved. Many of these places have little, if any, scope for conflict with farming. However, as Trees for Life knows from its own experience, the government will not even tolerate a conversation about the pros and cons of moving beavers to these areas.

Quite how refusing to move problematic beavers away from Tayside helps to calm the conflict there remains a mystery. Considering the only current alternative to preventing beaver damage to crops in lower Tayside is shooting in such alarming numbers, this approach is also damaging to the beavers’ conservation status. When you consider the benefits that this keystone species can provide for our environment, economy and for our simple enjoyment of the landscape, the refusal to even countenance the subject of relocating beavers within Scotland is baffling.

We face a climate emergency. The effects of a chronic decline in biodiversity are becoming increasingly apparent. In countries as diverse as the US, Mongolia and Belgium, beavers are being deliberately encouraged as the key actors in projects to restore salmon populations, boost biodiversity, reduce flooding and purify river systems. In Knapdale, the Scottish Wildlife Trust has found widespread support for the beaver population there from the local community.

There is of course another side to the beaver debate. Beavers can damage farming interests in some circumstances. Some anglers are concerned that beaver dams can prevent fish from reaching their spawning grounds. Feelings on both sides run high. Concerns like these need to be heard along with practical experience of living with beavers and the scientific evidence of their impacts, positive and negative, on different environments. Local communities must be able to listen to both sides and make their own minds up before beavers are brought into their environment. In our view, if people collectively conclude that the benefits of beavers to society are worth having, then a payments scheme should be developed so that beavers are genuinely valued by those farming alongside them.

We know from first-hand experience that respectful conversations are possible, that conflict is not inevitable and what’s at stake is directly relevant to some of the most urgent issues facing society. Can we have those conversations? We can amongst ourselves, but if we think beavers need to be moved instead of killed, we must convince a government who, to date, have been unwilling to be part of that discourse.

Find out more about the beaver here.