Volunteer and Conservation Week leader John Hodgson was recently part of a Trees for Life team visiting Mar Lodge Estate in the Cairngorms, walking transects to survey the rate of natural tree regeneration in the area. Read about his experiences and insights on how to expand the forest in this part of the Scottish Highlands.

Mar Lodge Estate occupies nearly 7% of the Cairngorms National Park, covers some of the most remote and scenic wild land in Scotland, including four of the five highest mountains in the UK. Within its boundaries are examples of a Highland landscape from remnants of the ancient Caledonian pine forest, heather moorland, juniper scrub and a part of the high Cairngorm plateau, but our aim was to see what the potential was for . 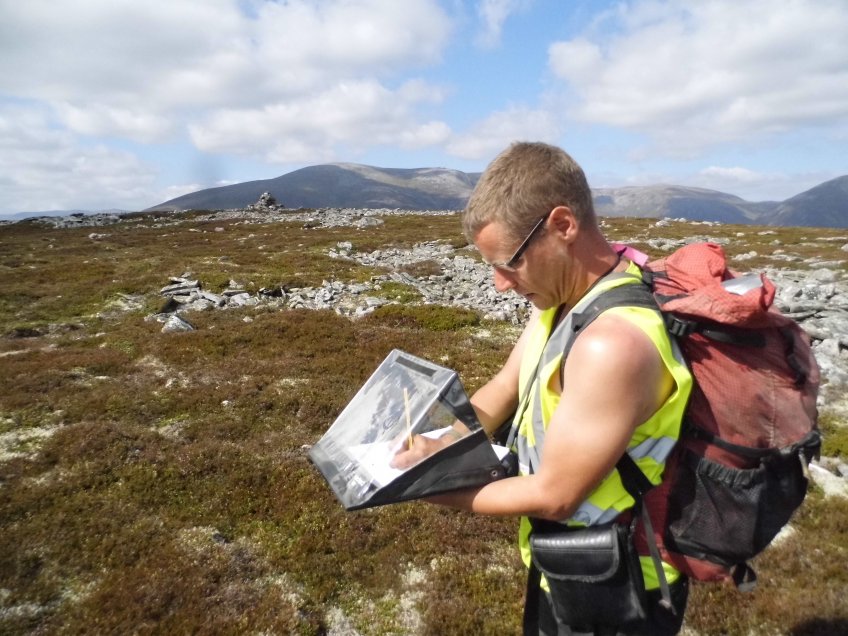 Normally I wouldn’t touch a forced sporting analogy with an Olympic standard high jump pole but as Rio 2016 drew to a close it was hard not to notice the Olympian tree surveying performance put in by a Trees for Life “dream team”. Myself and nine other Trees for Life volunteers spent a week on National Trust for Scotland’s (NTS) Mar Lodge Estate in the Cairngorms in August walking transects to survey the rate of natural tree regeneration in the area.

The project is what we hope will be the start of a new partnership with the NTS and is intended to be a baseline study from which to measure the rate of change and expansion of montane scrub, which is currently a rare and vanishing habitat in Scotland. The Estate is recognised as one of the most important nature conservation landscapes in the British Isles: over 40% of the Estate is covered by nature conservation designations.

Mar Lodge Estate encompasses significant areas of high ground within the Cairngorms and there is huge potential for expanding montane scrub habitat within the Estate, particularly in light of the trialling of a more rigorous deer management regime in certain parts of the Estate.

Prior to the survey week a group of Trees for Life Long-Term Volunteers and Conservation Week leaders had been out on the hills of the Trees for Life Dundreggan Estate honing our GPS skills, our identification of tricky willow species, and most importantly our ability to walk in a very straight line over rough terrain. 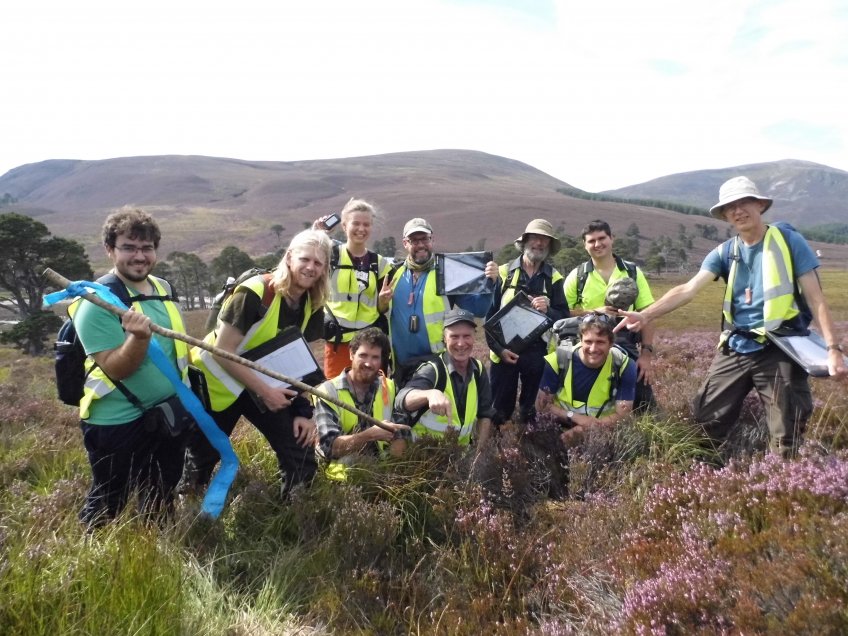 Having mastered at least two of these three skills we felt we were good to go, and the next five days were spent walking transects and recording each tree species seen, their height relative to the surrounding vegetation, and the level of browsing. We were focussed on a block of land north of Glen Quoich which included Carn na Drochaide (818m) as its highest point. We’ve now handed over the our data to the NTS to analyse, but anecdotally we noted some interesting patterns emerging, in particular a significant amount of regeneration already happening on the lower slopes. This thinned out as height was gained, but is a hopeful sign for the future if this pattern of regeneration continues.

Aside from providing the data for the NTS the experience of pathless walking led to some interesting wildlife sightings. Black and red grouse were both seen, a surprisingly high number of brown hare, some golden plover and the usual number of buzzards inviting us to misidentify them as golden eagles. Perhaps more interesting were the various tracks and signs we also came across. A summit cairn at 737m was surrounded by several raptor pellets and an impressively large bee fly joined us for lunch there too. There were many signs of brown hare activity and one volunteer found what we think could be a water vole skull.

So all in all we ended the week much fitter, more knowledgable, slightly more tanned, and more than ready to assemble a Trees for Life team should the next Olympics include montane scrub surveying.