Trees for Life is celebrating the milestone of collecting 1,012,231 seeds from the North West Highlands of Scotland as part of a national project to protect the UK’s trees. These seeds will be stored safely by banking them in the vaults of Kew’s Millennium Seed Bank.

The award-winning conservation charity has been a partner in the UK National Tree Seed Project – a project set up by the Royal Botanic Gardens, Kew’s Millennium Seed Bank, with funding from players of People’s Postcode Lottery – for seven years. The project was set up to build a collection of the country’s native tree seeds for long-term conservation.

Tree seeds that have been collected as part of the project are safely banked in the underground vaults of Kew’s Millennium Seed Bank – the largest wild plant seed bank in the world – to form the UK’s first national collection of tree seeds. These collections play a vital role in conservation work to protect UK trees and woodlands, including against pests and diseases such as ash dieback and global challenges such as the effects of climate change. The collections, and associated data, are available to researchers working on solutions to tackle the many threats facing our woodlands.

Trees for Life has been working over the last five years to collect over 1,000,000 seeds, during 70 field trips and 587 hours, with the help of more than 50 volunteers. The charity has worked successfully to collect iconic UK tree species such as Scots pine, ash and elm in all weathers.

All seeds collected have been safely banked in the vaults of Kew’s Millennium Seed Bank, which houses over two billion seeds and will be used for research to protect the UK’s woodlands.

As a result of collecting for The Millennium Seed Bank, the Trees for Life Tree Nursery Team have explored more of the North West Highlands of Scotland – discovering new, bigger and more reliable populations of some of our native trees, such as elm and hawthorn.

The charity’s specialised tree nursery is also now growing species that the team has have not grown before, like wild cherry. This work would not have been possible without collaboration with many different community groups, volunteers and landowners, allowing Trees for Life to strengthen existing relationships and develop new ones too.

Emma Beckinsale, Trees for Life’s Tree Nursery Assistant, said: “It has been brilliant to be involved in the UK National Tree Seed Project. Exploring some of the most remote parts of the UK has been a complete joy. Our involvement has broadened the range of trees we can grow on the nursery, meaning that a greater variety of species are being planted in our rewilding areas.

“Contributing to the safeguarding of our native species in such an exciting and tangible way has been very rewarding. It would not have been possible without the support we’ve received from the team at the Millennium Seed Bank and a lot of help from volunteers, tree climbers, and staff members, so a hearty thank you to everyone who has been involved over the last five years.”

The UK National Tree Seed Project launched in May 2013 with the aim of securing genetically diverse collections of UK native trees and shrubs. The target species the project aims to collect include many which underpin the UK’s wider plant and animal diversity, as well as supporting the woodland industry, tourism and recreation. So far the project has collected over 13 million tree seeds from over 70 different species right across the UK, from Cornwall to the Isle of Harris, and Northern Ireland to Norfolk – from sea level up to 600 metres above sea level. The project has had the support of over 400 volunteers from 30 partner organisations in a massive UK wide conservation programme.

Alice Hudson, UK National Tree Seed Project Officer, said: “Over the last seven years, with the help of all our partners and the generous funding from players of People’s Postcode Lottery, we have created a resource that we hope to be genetically representative of our target native UK tree species. Building up this seed collection of some of the nation’s favourite and most important tree species is a vital step in combating the multiple challenges facing our woodlands, such as pests and diseases and a warming climate. We can’t thank Trees for Life enough for their support in ensuring that seeds from across the UK are collected and their future conserved.”

Trees for Life is a conservation charity dedicated to rewilding the Scottish Highlands. So far its volunteers have established nearly two million native trees at 44 sites across the Highlands, encouraging wildlife to flourish and helping communities to thrive. 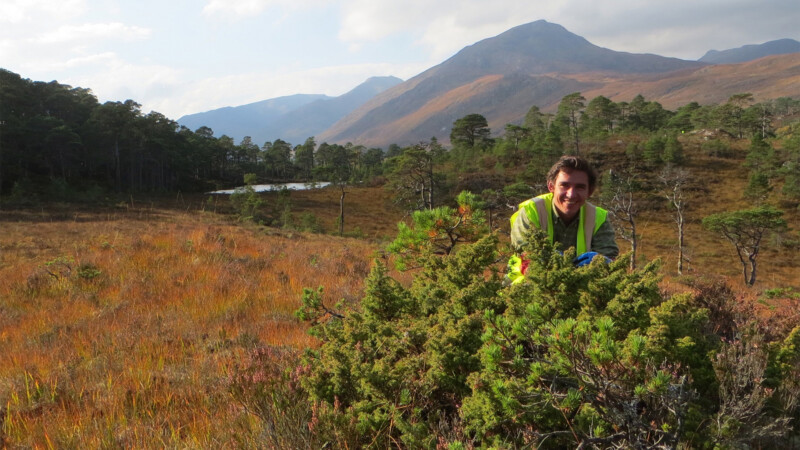 By Trees for Life